Overcoming the Friction of IT Modernization Plans 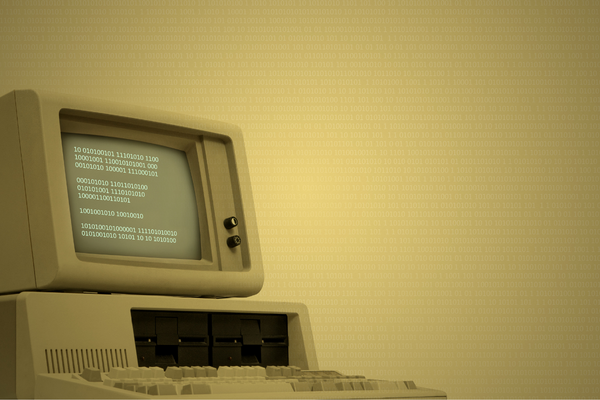 Many organizations’ modernization plans become “the best-laid plans of mice and men.”  Plans that are easily waylaid by organizational or business distractions become convenient excuses for postponing IT modernization projects. This is especially true during times of economic downturn and the potential of a recession.

Many times, the “problem” is more one of friction that occurs both before and during the project itself. Modernization plans can cause organizational friction as different factions of the IT staff take contrary sides. Those steeped in the tradition of mainframe architectures can’t fathom their applications running elsewhere. Younger IT staff, raised on the technologies of Microsoft Windows, cloud, or Java, don’t understand why anyone would use a mainframe.

Organizational friction can only be overcome by strong IT leadership that values the benefits of the existing platforms and applications while also recognizing the importance of taking advantage of today’s computing environment. Modernization projects are change projects, and they must be treated this way. Spend time educating the staff on the benefits of modern technologies and recognize this as a journey that takes time.

Convincing the legacy IT staff that you want them to be leaders in the evolution of the applications they wrote or worked on to the modern world is key. They shouldn’t be pushed aside as unnecessary anachronisms to the IT organization in the future. Their knowledge is critical to understanding how these applications operate and integrate with other systems. Lack of understanding before beginning a modernization project is one of the critical sources of project friction and failure.

Align on the Future

Some of the friction of modernization projects comes from the mismatch of architectural approaches from legacy mainframe environments and modern computing platforms. The underlying operating system is different. The computing languages are different. The data encoding mechanism of the mainframe is different from every other computing platform. Legacy pre-relational database architectures are often unique to the mainframe and have no technological equivalent on distributed platforms.

Overcoming these technological differences is undoubtedly doable in various ways, but these changes can bring challenges to successful migrations if not understood and converted correctly. Mainframe re-hosting solutions can overcome some of these difficulties. Automated code transformation approaches can also eliminate some of this friction.

While there are many underlying technological differences that can cause friction during modernization projects, from an application perspective, the greatest source of the friction comes from the application development languages and data structures used in the legacy world.

Converting the language of the legacy applications from COBOL to Java, for instance, is another matter. Transforming the syntax of COBOL to that of another procedural language is readily automated. The problem is more complex when an architectural change to object orientation (OO) and microservices needs to occur. Converting a COBOL program involves more than transforming the language – it also requires a shift from the dependencies on the underlying runtime software. These dependencies include the abovementioned issues regarding data typing, data/file structures, runtime APIs, and pre-relational DBMS navigation.

Code transformation solutions that utilize strong grammar-based parsers, abstract syntax tree representational techniques, and a rules-based migration technology significantly reduce the friction of language transformation. An IT modernization strategy, such as code transformation, is one of the ways to reduce the friction of your legacy application migration plans, removing all dependencies from legacy computing architectures and structures and making these applications better suited to run on modern distributed or cloud environments.

Reducing organizational and technological friction is key to any modernization project. These projects are often fraught with corporate angst anyways, so easing the perceived threat to legacy IT staff is critical. Technological friction can also be reduced by moving the applications to the modern world in a way that takes full advantage of the architecture of these platforms. For some applications that play a critical role in business differentiation, this approach enables a more flexible and innovative approach to extending this differentiation.