Driving Balance: COBOL, Mainframes, and The Changing Needs and IT Environments of Modern Organizations 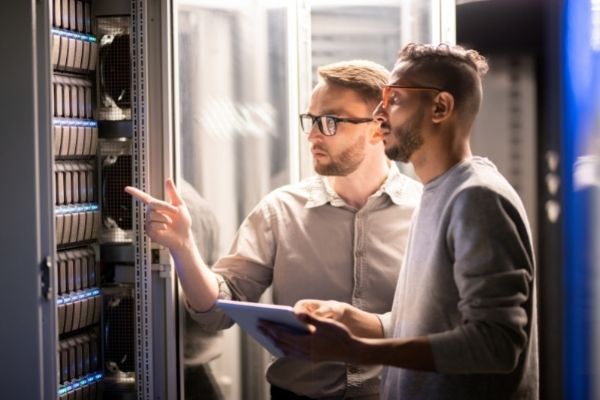 It’s clear that the volume and importance of COBOL-based applications remains high. Despite the variety and volume of “stones” thrown by the modern IT intelligentsia at this language and the mainframe platform, these technologies continue to provide valuable solutions that answer the technology demands of many organizations.

The reason to address an organization’s existing portfolio of legacy applications isn’t that some enterprise architects – many of whom were trained solely in modern tech stacks – fail to see the benefit of COBOL applications and the mainframe. There is no need to attempt to rewrite history and criticize the decisions of the last 50 years. As has always been true, “history moves on,” and the world needs to respond to the associated changes.

“Those who fail to learn from history are doomed to repeat it.”
Sir Winston Churchill

One can argue that the acceptance of the COmmon Business-Oriented programming Language (COBOL) has been significantly responsible for the growth in information technologies used to enhance business processes. COBOL worked across multiple computing platforms, and it’s not hyperbole to attribute it to the dramatic increase in the usage of computers and the associated economic growth of many countries.

With its English-like and highly readable syntax, a much larger community of developers of varying mathematical or scientific skill levels were enabled to join the ranks of application builders of the last century. A readily understandable syntax and transportability, combined, greatly enhanced the creation of COBOL-based business applications and cemented its position in the business world.

The extraordinary growth in the acceptance of COBOL in the 1960s and 1970s within both the commercial and, especially, governmental spheres created a tremendous skills pool that could be readily drawn on at the time. Then during the 1960-2020 timeframe, the COBOL-knowledgeable workforce was primarily composed of members of the “Baby Boomer” generation. However, this generation, at the time the largest in the history of the world, has been inexorably marching towards retirement.

While many laud COBOL’s continued relevance as a valid language for mission-critical workloads, the primary issue is that the skills pool in this technology continues to diminish. Could it have been grown? Yes! Has it? No! Can it STILL be grown? Maybe? Will it? Unlikely! So, regardless of the purported merits of this language, the skills shift away from the language increases the risk of continuing to depend on COBOL.

As Baby Boomers move towards retirement, government agencies and businesses face a growing and very different generation of consumers. Gen-X, Gen-Y, and Millennials have very different expectations of how they interact with banks or businesses. They’ve all grown up in a world of technological advances that arguably rival the first 40 years of computing!

These consumers have become highly accepting and even dependent on modern computing platforms and devices, such as personal computers, tablets, and smartphones. The result is an expectation of ubiquitous connectivity to the Internet and, consequently, an unending source of rapid and real-time information and interactions. They don’t wish to be subjected to the delays of overnight batch cycles, a typical architectural pattern of historical mainframe applications. They expect always-on, always-available, user-friendly, and instantaneous responses.

They aren’t alone. The Baby Boomer generation has joined the digital age, with Boomers currently being the fastest-growing population of fintech users. A report by Plaid revealed that 79% of those aged 56 and older are now themselves fintech customers.

The ability of modern computing platforms, languages, and environments to meet these demands and accommodate this new style of applications has evolved markedly. While the technological mandarins of the mainframe world are quick to point out that the world still runs on the mainframe, they conveniently ignore many of the facts of the last 20 years of computing.

Can you think of ANY significant new business of the last 20 years that runs on mainframes running COBOL applications? Why do none of the FAANG (Facebook, Apple, Amazon, Netflix, and Google) run their massive IT infrastructure on the mainframe? Are they unaware of the touted strengths of this platform?

These companies represent some of the most prominent names in the technology universe and, with a market cap of almost $7 trillion, represent a massive investment in modern computing. The cloud computing market is approximately $220B, with a projected growth of nearly $800B over the next six years. These markets are NOT built on mainframes OR COBOL!

The growing strength of the technologies that underpin modern computing environments continues to reduce the risk associated with IT modernization. So, if all of that is true, why hasn’t the world moved more of these COBOL-based and mainframe-housed applications to these environments? It’s a pertinent question and one that we’ll continue to explore.