Moving Mainframe Applications to the Cloud? Think of “Kelly’s Heroes”! 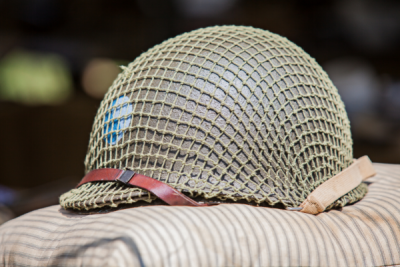 Have you ever had a conversation with someone about moving applications to the cloud, and all you hear in response is how it won’t work? It reminds me of a funny movie in the 70’s set against the backdrop of WW II. Clint Eastwood leads a band of renegade soldiers on a hunt for gold. The tank commander, played by Donald Sutherland, always complains to his driver, played by Gavin MacLeod, about his negative attitude.

“Always with the negative waves Moriarty,

always with the negative waves.

This conversation reflects the attitude about mainframe migrations. Much of this “negativity” is expressed in terms of the strong mainframe attributes of security, performance, and reliability and the impossibility for anything else to provide the same or similar characteristics. The question has never been about whether the mainframe had those attributes, but rather whether you can get awfully darn close with less cost and greater agility when moving workload somewhere else!

There are several ways to migrate an application to another platform. These include packaged software conversions, complete application rewrite, application re-hosting, or transforming the existing code for the new environment.

Each approach has its benefits and risks. All the approaches have succeeded, and all have failed! All the successes, regardless of approach, can be attributed to arguably a positive attitude. You must believe the destination is worth the bumps in the road.

Moving an application “to the cloud” while making as few changes as possible is certainly doable. The application will preserve its extant business rules that have been instantiated in code for many decades. This approach will free up mainframe MIPS consumption that can be used by the remaining applications, perhaps postponing upgrade costs. You can then modernize incrementally after the application is operational.

It’s also possible to transform the application from its procedural architectural roots to a modern object-oriented class structure as part of the migration. The application DOES retain its legacy business rules, albeit in a modern language and runtime environment, such as Java. This approach can easily be used if the application is stable, and you only want to move it to the cloud to run with minimal changes. As long as the application performs and the generated code is of sufficient quality, this is an acceptable option for modernizing your application.

The benefits of a cloud deployment of these applications can be seen in the scalable and elastic approach of the cloud model. Furthermore, the cloud is designed for agility, something the mainframe is not so good at providing!

The driving force for most IT modernization projects is recognizing that keeping up with the evolution of business, regardless of industry, is no longer a choice. EVERY industry sector is impacted, and the need to change at the speed of the market without the encumbrances of the technical platform is key! The cloud is designed for this! Open-source innovation is ideally suited for this. The application development strategies and tooling for the cloud are absolutely designed for speed and agility. The benefits of transforming the application to be a better fit in this world are certainly advantageous!

The level of industry and financial investment in the various cloud platforms has been STAGGERING! Amazon Web Services (AWS), Google Cloud Platform (GCP), and Microsoft (Azure) have invested billions of dollars in these platforms. The industry is predicted to generate almost a trillion dollars ANNUALLY by 2026! Investors look for opportunities of scale and sufficient duration (3-5 years) to really bother. Few major software vendors sell solutions that don’t run in the cloud. Many have been designed to ONLY run in the cloud!

Criticize all you want, but the world’s IT workloads are moving to the cloud. Yes, plenty of statistics show the importance of the mainframe to Global 100 companies. One would also be hard-pressed to name any company of significant size, started in the last 20 years, whose IT infrastructure is dependent on a mainrame platform. Times are changing. This is NOT a knock on the technology of the mainframe. This is about the lack of agility of the business applications that run there and the need to evolve to meet the growing business changes in almost every industry! Even IBM’s growth will depend on the cloud, despite the importance of this stalwart platform to their profitability.

IT modernization is a continuum of change. Extracting oneself from decades of IT investment in mainframe applications requires a “slow and steady wins the race” attitude. Not TOO slow, mind you! Migrate and evolve applications over time. Develop a modernization plan that moves applications at a manageable pace that matches the level of risk your organization will take. Doing nothing does NOT mean zero risk! It only postpones it while it continues to grow hidden beneath the everyday activities performed by your IT organization.

We leave you with one more quote from OddBall, the tank commander in Kelly’s Heroes:

“Why don’t you knock it off with them negative waves?

Why don’t you dig how beautiful it is out here?

Why don’t you say something righteous and hopeful for a change?”